Green tea has a tremendous amount of health benefits – the EGCG compounds in the drink have been known to be anti-cancer, anti-inflammatory, and good for your blood sugar and weight loss. It’s also delicious, and with a fraction of the caffeine as coffee, it’s a great choice for health-minded people who love the crisp, light, refreshing taste.

But forget all of that, because we’re going to make ice cream with it. Now admittedly, it’s going to be keto ice cream, so it will be worlds healthier than traditional recipes, but still – ice cream, yum.

The good news is that it’s incredibly easy to make and there’s nothing truly crazy or exotic in the recipe. Japanese keto recipes are easier than you might think! A little mixing, a ready ice cream maker, and you can throw this keto matcha ice cream together in about half an hour.

While it’s not exceedingly common in US households, matcha ice cream is a staple in Japan. It’s light and refreshing, but still sweet and satisfying. Additionally, as I spoke about before, there are a lot of additional health benefits to green tea that are concentrated in the powdered matcha form. Teabags are fine for drinking, but for this, you’ll need culinary-grade matcha powder. Check out one of my favorites from MatchaSource!

Thankfully, it’s become increasingly easy to find. If you’re lucky enough to have an Asian market in your town, they’ll definitely have it, but many grocery stores – including Walmart – carry it now. Typically it comes in tins but there are also pouches, and you don’t need to get organic or anything – regular matcha powder works just fine. 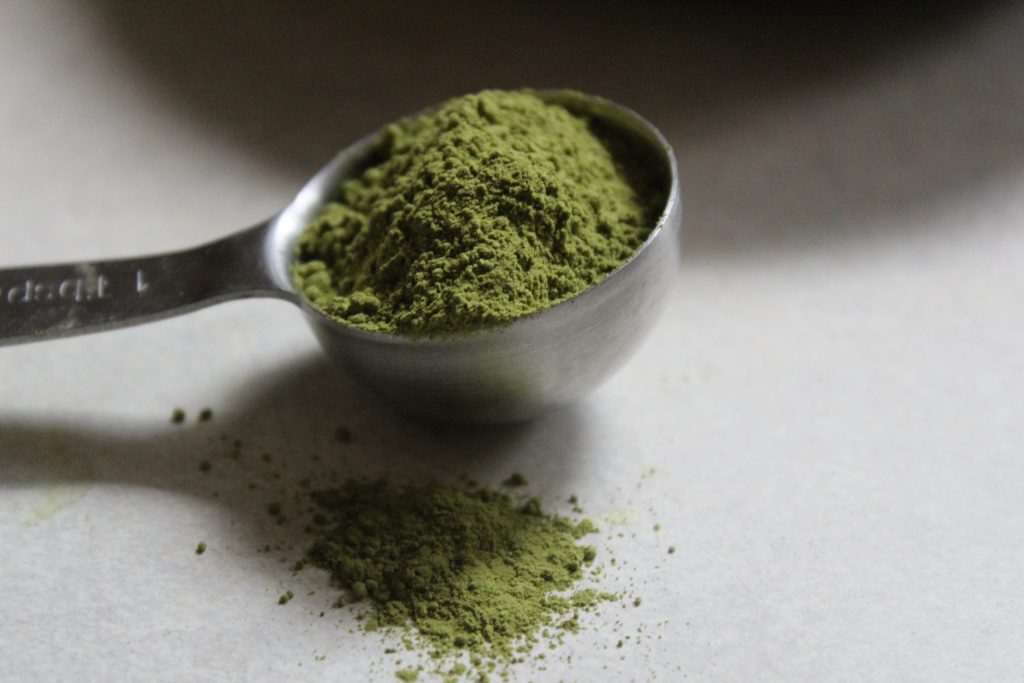 Though on its surface, matcha is a green tea, it’s not made by steeping leaves the way that you might normally find green teas. Instead, you whisk the powder into boiling water, creating a frothy, smooth, delicious drink that pops with fresh, living flavor.

This ice cream embodies that freshness, creating a wonderfully sweet yet refreshing dessert that won’t throw you out of ketosis.

Making keto matcha ice cream with an ice cream maker is incredibly simple, and can be put together in a matter of minutes. You’ll want to make sure your ice cream maker bowl is frozen for at least 24 hours before proceeding.

Using a whisk or hand mixer, blend everything together until it’s well incorporated and pour into running ice cream maker. Churn for 15 minutes – it will get to the consistency of soft serve.

At this point, it’s perfect to eat right now. The texture will be a lot like custard; very creamy and smooth. Save whatever is left in an airtight container with a layer of wax paper on top and eat within a week for best taste and consistency. 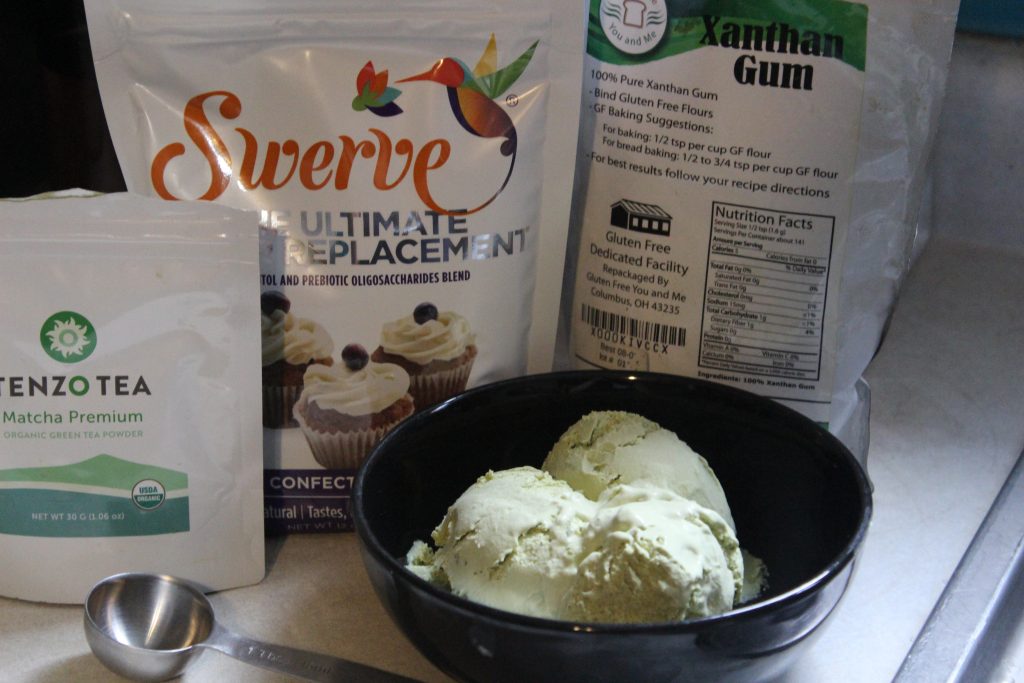 Don’t be afraid of making your own ice cream

Many people who use ketosis as a means to lose weight miss getting ice cream with their family, because either they don’t have an ice cream maker or they simply feel it’s too daunting. You can make this without an ice cream maker – just mix it as normal, put it into a container, and let it freeze. It won’t have the exact same consistency, but it will still taste delicious and scratch that itch for cold, sweet refreshment.

If you’re on the fence because making ice cream seems just a little too extra, don’t let the process scare you off. Making keto ice cream – or ice cream in general – is extremely simple and once you’ve done it the first time, throwing a batch together will be second-nature. Keto doesn’t have to be bacon and eggs all the time; there are so many ways to enjoy healthier, low carb versions of your favorite foods without buying them premade at the store with a ridiculous markup.

Homemade keto matcha ice cream destroys any $7 pint of store-bought ice cream in both flavor and texture. I highly recommend this recipe, not only for the fresh matcha kick it offers, but also as a base for any other keto ice cream you want to try. Simply swap out the matcha powder for 2-3 tablespoons of your favorite extract.

If you’ve given this recipe a whirl, let me know in the comments what you thought of it. Enjoy! 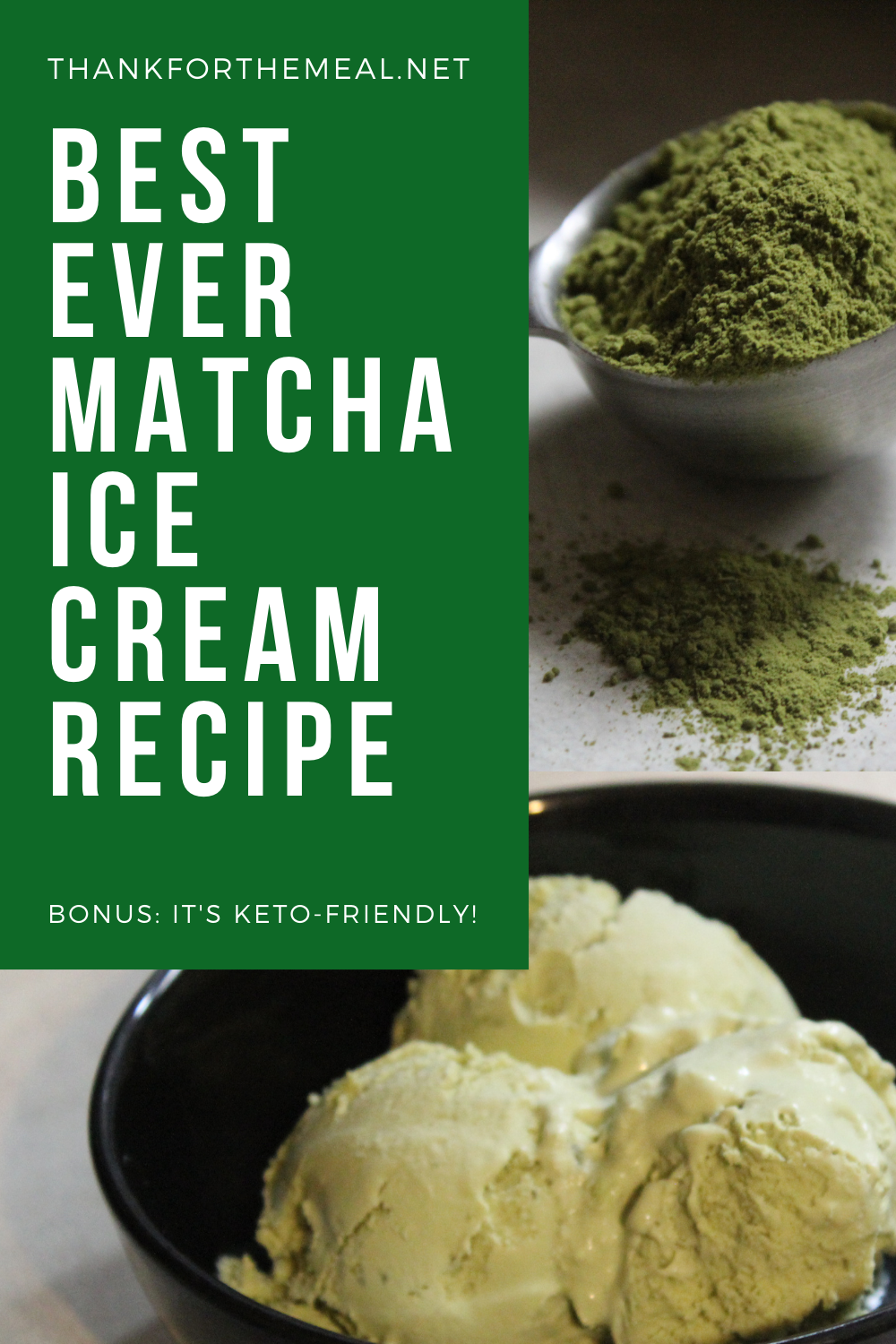 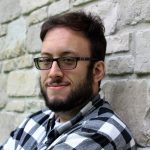 About the Author: Tony Lozzi is a freelance writer and father of two who enjoys finding ways to turn his favorite carby foods into keto recipes.