The Fox’s Favorite – A POCKETFUL OF RICE

The word inari originally meant a farmers’ god, bringer of good harvests. His messenger was a fox, so the entrance to an inari shrine, often reached through a series of red torii gates, is guarded on both sides by stone foxes. Offerings at the shrine have traditionally included sake, mochi (rice cakes) and sekihan (red rice). And, from the end of the Edo period (1603-1867), abura-age (deep-fried tofu) began to also be left for the fox messengers. One suggestion is that foxes acquired a taste for oily foods because when hungry they used to sneak into shrines and lick the oil from lanterns for sustenance. Whatever the reason, it’s generally believed that abura-age is their favorite snack. So sushi made with abura-age came to be called “inari” sushi.

Inarizushi first appeared during the early days of the Tempo era (1830-44), a period of great famine. According to one story, it was introduced in the Ryogoku-bashi area of Edo (Tokyo) by a sushi shop employee called Jirokichi. At night he ran his own food stall, where he sold inarizushi dirt-cheap. He could only sell it after dark, however, because the people of Edo were so snobbish that they didn’t want to be seen consuming such cheap eats. Nonetheless, by 1846 inarizushi had become popular enough even to have its own vending cry.

Now it is readily available throughout Japan, with regional differences in the shape. The fried tofu skins may be triangles, or squares, or even turned inside-out. Sometimes they are tied up into little pouches with a length of edible dried gourd. The name varies, too – in Osaka, for example, it is called kitsune-zushi (fox sushi) or simply kitsune. 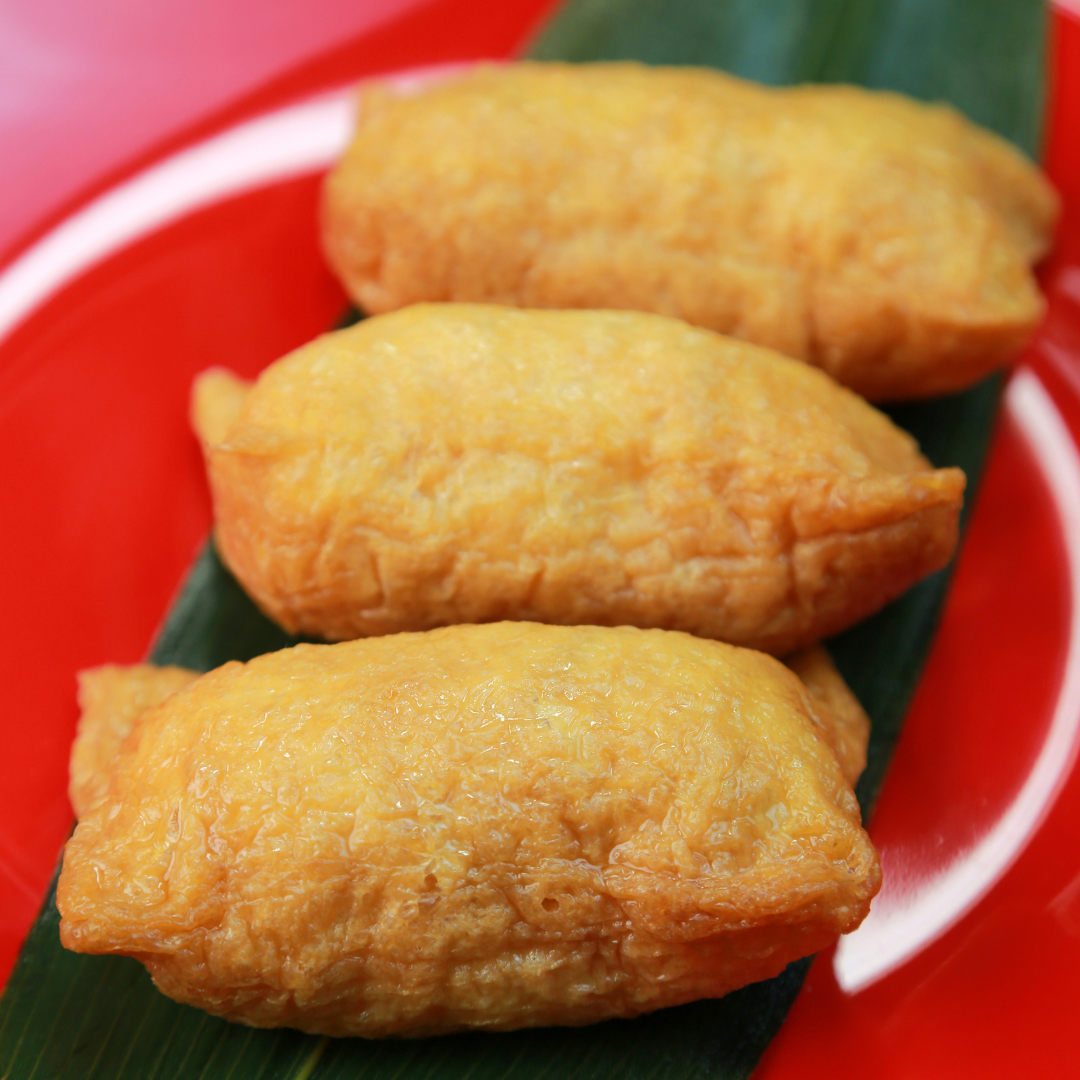 It took me a long time to like Inarizushi and I finally figured out that it was because most of what you buy can be cloyingly sweet. Once I started to make my own, lessen the sugar, and added in more sesame seeds, I became a fan. One variation I have begun doing is adding slivers of peeled Japanese cucumber to the sushi rice mixture. I like the contrast of textures, and the added crunch from the cucumbers. Perfect picnic food!

This recipe makes 3 pouches person. Best consumed the same day of preparation. Variation: Add slivers of peeled Japanese cucumber to the sushi rice mixture.
Tried this recipe?Let us know how it was!